In recent years, early applications have become increasingly important in students’ college decisions. But how can you tell which is best for you?

“But wait,” you may be saying. “Early applications mean much less time to work on them! Is the benefit worth more than months of extra time to edit and polish?”

Most people will take a look at percentages and tell you that applying early means you have a greater likelihood of being accepted. And if you simply look at statistics, you will find that to be true. Unfortunately, the real answer is much more nuanced.

Applying early serves one main purpose: you receive your decision more quickly than you normally would. It is a way to firm up your plans for next year, which is invaluable to some students, such as athletes and researchers. Peace of mind and extra time to prepare for next year is great, but what about those numbers? Surely there must be an admissions advantage to applying early?

While it may look like applying early is a way for borderline students to get their foot in the door, it isn’t that simple. Early applications usually come from well-prepared students: those with high test scores who have spent their summers toiling away on their applications and who feel 100% confident in their choice of school. Without more specific information on early-admitted students, it is hard to say whether they would have been accepted in the regular admissions pool or if the odds were tipped in their favor because of the early status of their application.

It’s also important to think about rankings. While we would love to think of education as a universal good, the entities that control education (in this case, colleges) are business that have priorities like any other. Rankings create an enormous pressure for schools to increase their academic profile each year. And it boosts school rankings to admit a larger proportion of students from early applicant pools.

Why? For two reasons:

With these kind of direct benefits, it’s no wonder schools are accepting larger proportions of students from these pools!

So with all this in mind, when should you apply early?

To put it simply, when you’re 100% sure you want to attend that institution! A lot of guidance counselors and admissions representatives will push you to apply early because it serves them. It’s important to ask yourself why this might be a good decision for you.

While Early Decision agreements cannot force you to pay tuition dollars and graduate from an institution, a reneged ED contract shows other schools the strength of your word and the level of your commitment. These should not be taken lightly.

Which is why your decision to apply early should really come down to one thing: are you 100% sold on that college? If the answer is yes, then go for it! But if you have any hesitation or concerns, don’t give in to pressure. It’s all right to pass on early applications! What’s most important is that you go about the college application process with your own best interests in mind.

Looking for more advice on the college process? Contact us to speak to one of our college admissions consultants! 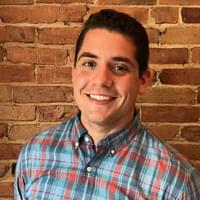 Learn why every successful college student needs a great set of study skills that they can implement independently. Read more

​A turkey hangover is nothing compared to the headache of finishing last-minute college applications. Read more

College Are You College Ready?

The most important skills that students need to develop before the college transition. Read more

“Richard has been wonderful to work with and helps a lot with keeping me motivated and on track with studying. I feel like he is really invested in helping me improve and believes in my ability to do so. I am very happy with my decision to work with him over taking other online courses for GRE prep.”