Sarah is currently in her glide year (a period of work and study between college and medical school). She will be starting at NYU School of Medicine this August 2014.

What is your experience with the MCAT?

Taking the MCAT was a year-long endeavor for me. I took it twice—for reasons I will soon go into—and am so relieved to be done studying for and taking the test. However, I can say with complete conviction that the dedication, patience, and perseverance that I needed for the MCAT solidified my commitment to attend medical school. It is certainly an arduous exam, and many times I questioned whether it was worth it. To me, it absolutely was.

What was your undergraduate major? Did you feel like it prepared you well for the exam?

I double majored in Biology and HSSP (Health: Science, Society, and Policy). The latter is an interdisciplinary major that spans sociocultural and anthropological perspectives on health and healthcare. Both of my majors exposed me to classes that were absolutely relevant to the MCAT. Material from my biology courses and other pre-med requirements—including general chemistry, physics, bio, and orgo—all appeared on the exam. HSSP encouraged me to think critically and analyze texts, which was helpful for both the MCAT verbal section as well as the essays (which were on the exam when I took it the first time). However, the classes I took in college were not entirely sufficient to learn all of the material for the exam. More importantly, the way material is tested on the MCAT differed a lot from my college class exams, and I felt unprepared when it came to how to take the test.

How did you study for the MCAT?

As mentioned before, I studied for and took the MCAT twice. The first time, I took a class over the summer with a very well-known test prep company. While the materials we were given were incredibly helpful, I was often too overwhelmed by the amount of work that was assigned to complete each night, and often ended up not even finishing the bare minimum. There were about 10 students in my class, but their attendance fluctuated, and I never felt like I was learning with a consistent group of people. My biggest grievance, however, was how generalized the class had to be to match the needs of the majority. Whereas I was very proficient in electrochemistry but weaker in electromagnetism, the class had to spend equal amounts of time on each, which often meant that the time I spent in class (or doing homework for it) was not always high yielding. I also had some personal circumstances that were distracting, and it was hard to maintain a motivated mindset for the entirety of the summer. When I ultimately took the test at the beginning of September, I was disappointed in my level of preparation. I decided—before I even received my score back—that I would take it again, only after truly giving it my all. This was also important to me because back when I took the SATs in high school, I minimally studied, took the exam, and never looked back. Fortunately, my score was sufficient to get me into college, I always regretted that I hadn’t tried harder. While it may not have ultimately affected the strength of my application, I was disappointed in myself that I hadn’t tried to reach my fullest potential.

I decided—after a month’s break—to try a different approach to MCAT preparation: one-on-one tutoring. (This is where Signet comes in.) I was hoping to work with a tutor from a company that had a flexible approach and would be able to cater the preparation to my needs and skills, rather than give me what might have been “proven to be successful.” I started working with my Signet tutor, Maggie, in October, and our sessions became more intensive over time. With Maggie, I had the opportunity to ask for explanations (sometimes multiple times in succession) until I reached a level of true competency. She helped me figure out what techniques worked (or didn’t) and tailor a study plan to fit my schedule. I felt as though one hour was Maggie was worth six hours that I would have spent in a generalized MCAT prep class elsewhere. I gained so much more confidence in my ability to really conquer the test.

How did you feel when you eventually took the exam?

When I finally took the exam after preparing with Maggie, I felt totally confident. While I wasn’t sure that a 45 (the highest possible score) was in the cards for me, I knew with certainty that I was walking into the exam as prepared as I could have possibly been (without losing my sanity). I felt so proud of myself after the test because I knew that I had truly given it my all, and whatever score I would ultimately get (they make you wait a month for the score!) was a true reflection of my potential. In fact, I was feeling so good on my drive home that I wasn’t paying attention to speed limit signs and got pulled over for a speeding ticket. While I certainly don’t recommend that (it was dangerous and definitely a bit of a buzzkill), knowing that I was able to take on the MCAT and emerge with a positive attitude was very rewarding.

Did your classmates explore tutoring as well? Do you know about their experiences?

Many of my classmates tried test prep classes but had experiences similar to mine. They found the classes to be impersonal and often ended up skipping them because they thought they could be more productive on their own. (Although, turns out, that wasn’t really true either.) A few tried studying on their own (briefly), only to learn that the necessary level of independent discipline is hard to achieve, even for the most dedicated of students. Most of them ultimately ended up getting a one-on-one tutor to better focus on their areas of weakness, and found those sessions to be infinitely more productive.

What are your academic and career goals? Did your preparation for the MCAT affect these aspirations?

Since high school, I had entertained the idea of going to medical school. Once that plan was cemented with successful pre-med coursework throughout college, I knew that the MCAT would be a significant obstacle in my path. Although it was daunting, I took on the challenge and emerged successful; I will be starting at my top choice medical school this coming fall.

Working with Maggie and Signet really enlightened me as to how worthwhile individualized test prep and tutoring can be; it is for this very reason that I joined the Signet team to pay forward the great experience I received in tutoring.


Next article Changes to the SAT by Sarah A. Previous article What Are the GRE Subject Tests? by Sheila A. 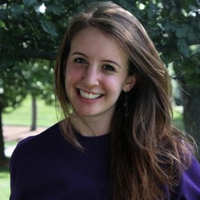 Test Prep What Does Test Optional Mean for My Junior?

Learn what test optional means and whether your student still needs to study for their standardized tests. Read more

Learn how to interpret your student's PSAT scores to help them prepare for the SAT or ACT. Read more

IF your student plans to apply to a private high school, the SSAT needs to be on your radar. Learn more about how to effectively prep for this important exam. Read more

Subject Tutoring“Charles is an excellent match for L!  He listens to how she describes challenges and offers practical, non-drama counsel.  He gives examples of how math concepts apply to her guitar playing. Connections like that make the math come alive. We could not be happier – he is prompt, flexible, a natural teacher, and kind.”