Q&A with a Northeastern Graduate

HOW DID YOU CHOOSE NORTHEASTERN UNIVERSITY? WHAT DID YOU KNOW ABOUT IT BEFORE YOU APPLIED?

I was really attracted to the co-op program and the urban setting. I grew up in a New York suburb and was attracted to schools in a city, but preferred one a little farther from home. It was important to my parents to have me a car ride away. Boston, just four hours from my hometown, fit the bill. Lastly, Northeastern has a solid criminal justice program, which was my intended major at the time.

DID IT LIVE UP TO YOUR EXPECTATIONS? WHAT SURPRISED YOU THE MOST WHEN YOU GOT TO NORTHEASTERN?

I loved almost everything about Northeastern. It’s conveniently located in an urban setting, but still has a campus feel with all of the quads and leafy green areas. What surprised me most was the campus and surrounding neighborhoods—I had never actually visited Boston before deciding to go to Northeastern (Note: This is not recommended! Make sure you visit the campus of your school of choice!), so I didn’t really know what to expect. Boston really is the perfect college city—big enough for someone used to NYC but small enough for a student on their own for the first time.

DID YOU LIVE OFF-CAMPUS OR ON-CAMPUS? WHAT WAS IT LIKE?

I spent the first two years on campus and the last three off-campus (it’s a five-year program because of the co-ops). My living situation the first year was a bit rough—I lived in one of the oldest dorms on campus (they have fancy new ones now) and I was in a forced double, which basically means a room meant for one, split between two people with lofted beds. Luckily, my roommate and I were quite close. We lived together for two years and are still good friends today. She works just two blocks from the Signet office!

WHAT WERE YOUR ACTUAL CLASSES LIKE? HOW BIG WERE THEY ON AVERAGE?

My classes were mostly large (100+ people) lecture-style courses for the first half of college. I switched from criminal justice to psychology sophomore year after taking a fantastic criminology class. During my last few years at school, my classes became more lab-based and intimate. It wasn’t until that time that I really felt like a part of my major. I’m admittedly quiet in classes regardless of their size, so this worked for me—I could do my work and not worry about class participation credit.

DOES NORTHEASTERN HAVE A STUDY ABROAD PROGRAM?

Northeastern has a great study abroad program! It seems as though most students go abroad during their "middler" year (this is the year between sophomore and junior years). I studied at Charles University in Prague and had the time of my life. I was able to travel throughout Europe while still feeling supported by staff and close with the other students in the program.

While many people choose to study abroad for a whole semester like I did, Northeastern also offers shorter Dialogue of Civilizations programs. These are small, faculty-led groups that travel to a place with a targeted goal, such as gaining experience in conflict negotiation or photography. They change yearly, but you can see a list of current Dialogue options for students here.

WHAT KINDS OF ORGANIZATIONS WERE YOU A PART OF?

I was in the Student Government Association. It was fun and rewarding (I was on the committee that developed the fight song everyone sings at hockey games now!), but I should have worked to become more than just a senator. I highly recommend getting heavily involved with something you’re passionate about. It can be easy to forget about extracurriculars in college, but they are still important!

Hockey is really the only sport that matters there. Matthews Arena is historic and everyone rallies around the team. There are also lots of intramural sports. I played broomball one year!

WERE YOU A MEMBER OF A SOCIAL CLUB OR SORORITY? WHY OR WHY NOT?

I was not. Less than 10% of the student body is in Greek Life. However, I knew plenty of people who participated (mostly through Student Government), and they speak highly of it.

DID YOU USE THE LIBRARIES AT NORTHEASTERN? WHAT WERE THEY LIKE?

Snell Library (Club Snell as it’s affectionately known around campus) is pretty great. The third floor is the quiet floor and one of the only places I could really focus and concentrate. I still think about going there to complete work. They’ve remodeled quite a bit since I graduated in 2011, and it looks fantastic!

HOW OFTEN DID YOU LEAVE CAMPUS/VENTURE INTO BOSTON?

All of the time. I worked in Back Bay, Allston, and the South End throughout college, and never had trouble getting anywhere. I used the MBTA (green line or orange line) or my bicycle to get around. When I moved off-campus, I first lived in Roxbury and then moved to Jamaica Plain. Both locations were convenient, affordable, and relatively safe.

WHAT ABOUT DIVERSITY? DO STUDENTS OF DIFFERENT GENDERS/ETHNICITIES/NATIONALITIES/ORIENTATIONS/ETC. INTERACT OFTEN/WELL?

Northeastern is notably diverse. That being said, it’s a large school. You tend to fall in with a group of people and stick with them. You would have to try really, really hard to interact with everybody.

WHAT are THE BEST THINGS ABOUT NORTHEASTERN THAT OTHERS DON’T KNOW?

The co-op will change your life. I worked in the Public Affairs department of Planned Parenthood League of Massachusetts and in the Marketing department of The National Center on Addiction and Substance Abuse at Columbia University. Through a connection at one of my co-ops, I was also able to work on a local campaign for a state representative. This was where I realized I wasn’t interested in working on political campaigns—something I initially thought I might pursue after graduation. I wouldn’t be where I am today if I hadn’t had those experiences. You can study something for a long time, but until you realize how it’s going to be applicable after school is over, you really just don’t know what you’re getting into. A typical Northeastern student has a resume full of office, research, or field experience in three different settings by the time he or she graduates.

Next article When to Begin College Applications by Jay B. Previous article Should You Apply Early? by Sheila A.

Q&A with a Northeastern Graduate 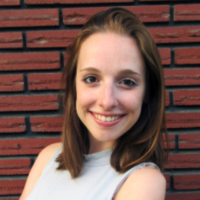 Andrea W.
Endicott College
Andrea is Signet's Director of Operations and one of our top academic coaches. In her administrative role, Andrea makes sure Signet always runs smoothly and is a fun and productive place for all of our employees. When she works as a coach, she takes a student driven approach to encourage introspection and reflection. Her students... read more...

“Things with Josh have been great - he is amazing. Katie finished the year with an 89! ”