As Signet’s marketing coordinator, I use social media on a daily basis to help shape and promote Signet’s brand identity.

Everything online needs to represent a consistent image of who we are, what we do, and what our company’s objectives are. As an individual, you also have a brand identity. Everything you do (in real life and online) molds people’s perceptions of you. But, what if the image you’re putting out there isn’t the one that shows your best qualities, especially when the stakes are high?

You’ve all heard that admissions staff may Google you when they receive your application. But, what is it that they look for? Is that just a scare tactic? Are they even looking? What do they actually want to see—if anything? Is changing your name on Facebook enough? Is it time to update your third grade email address? So many questions!

Since I didn’t have the answers, I reached out to our admissions team, whose members come from selective admissions offices around the country, to hear their experiences.

You may be surprised by what I learned—I certainly was!

A new member of our team, a former admissions officer at Dartmouth College, discourages students not only from having a sordid online image, but also from falsifying or erasing their online personalities altogether. As I said previously, social media and the internet can be powerful tools in crafting your image. Not everything you put out there has to (or should) be hidden!

“I caution students that as they clean up their online presence, they don't have to wipe out their personalities. I read once about a student who changed all of his favorites to difficult novels. It's okay to still like TV, Legos, and chess, or whatever it is that you love. Just make sure it's appropriate!”

Don't change who you are; just edit for appropriateness. If your profile picture set in Morocco complements your passion for travel, keep it! If you're a talented singer, don't hide the videos of choir practice that your parents have posted on YouTube (unless they're just too embarrassing). A good way to decide what to keep online and what to make private is by asking a few unbiased adults for their honest opinion. Did you build a website that you’d like to link to? Reach out to family friends or teachers who don’t know you very well, and see what they think of it. If they’re not impressed, hide it!

“My impression from both Michigan and Dartmouth was that officers were so busy with app review that they never, ever followed up with a Google or Facebook search of a student. Yes, we can see email addresses from the Common App, so I would avoid something completely inappropriate (though it doesn't have to be just their name).”

Yes, that’s right—just because you clean up your act for anyone professionally associated with the college does not mean that you’re secure. Another team member mentioned that the standard 'Class of XXXX' Facebook page is usually created by someone who works for the college, even if it may not look official.

The Penn admissions officer once received an application with an email address that was clearly a satanical reference. The fact that she remembers what it was years later really helps demonstrate the importance of having a professional-sounding email address!

A team member with experience in an admissions office at a small, competitive, private college located just outside Boston shared some of her cringe-worthy email experiences that you will surely remember when it comes time to submit your application.

“First off, I would suggest that when setting up the more professional-sounding email address, suggest to students that they do NOT use that email address to subscribe to their favorite band/Groupon/Victoria's Secret catalog. I had a friend whose email got hacked, and her entire address book (including admissions officers) received her "$5 thong!" offer. Make a professional email and keep it professional.”

Finally, even though the actual admissions officers may not have time to research or monitor applicants’ online activity, they may have hired existing students for that purpose.

In fact, the team member I mentioned above was a student hired to do just that.

“At [my alma mater], one of my tasks in the admissions office was to spend a lot of time monitoring the school's online reputation, including checking posts on College Confidential and Facebook.  I was really surprised to see how openly people shared their opinions with the online community, especially when their username was identifying or their Facebook name was not disguised. There was one incident with a prospective student who was asking very strange and provocative questions, which were eliciting a rather violent discussion on the school’s Facebook page. Officially, nothing was done because the student (thankfully) decided on his own that our school was not a good match, but by then, admissions officers had already made a note in his file. It's good to remember that admissions officers can be current students (just like I was!), and while I'm offering helpful advice as an upperclassman, I'm also watching to see who's saying what.

Also, it is always good to remember that schools have the right to rescind an acceptance, and you don't have carte blanche to trash talk a school once you're admitted. I've seen it done.

The best story I've heard, however, was told to me by my friend who works for PhD admissions at a well-known graduate school in New York City. Let’s call it Grad School X. Very few students are offered interviews for their science PhD programs, and they try to interview only the people who are genuinely considering attending their school. My friend was patrolling the message boards online under a pseudonym because he was curious to see what interviewees had thought of the recent interview days that he had organized. One online member was complaining about how much she disliked her interview at Grad School X and it was only her backup if her dream school didn't work out. In her post, she included which day she interviewed. Now, there were only six students interviewing on that day. Her username was something like "stemcellgirl613."  There was only one student who had interviewed for the stem cell program that day, and it was a female whose birthdate (June 13) matched the username.

Well, the admissions officer was upset when he saw this because he didn't want to waste an offer of admission on someone who didn't want to go there, preventing someone else who really wanted to attend the school from getting a spot.

He decided to call up the applicant and ask her point blank (without mentioning the post) if she really wanted Grad School X. She was so flustered and caught off guard that she answered honestly; no, she did not. Because she wasn't offered a spot in the class, someone more deserving and more interested in the program did.”

Ultimately, you are probably a pretty interesting applicant.

You don’t need to jeopardize your chances of getting into your dream school (or your safety school...) with an internet presence that fails to accurately and appropriately represent you.

If, after digesting all of this first-hand information, you decide that no online identity is better than any online identity, try following these tips to erase yourself from the internet. And then change your email address! 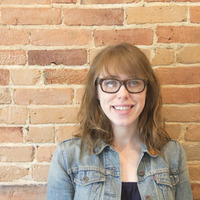 Test preparation“Jenny and Signet helped our daughter improve her ACT and SAT scores to realize her wishes to be seriously considered by top caliber schools. We have three other children and we will not hesitate to contact Signet should the need arise for tutoring for them. Thank you.”