How did you choose Harvard? What did you know about it before you applied?

I honestly didn’t think too much about college until it was time to apply. I knew I wanted to apply to top schools and pushed myself very hard in my academics and extracurricular activities, but never really had any specific colleges in mind. My college list was UF (because Florida, where I lived, had a great scholarship program there and it is a great university, not to mention a lot of my friends went there), Northwestern (because of their combined excellence in music and academics), and Harvard. I wasn’t going to apply to Harvard, but my dad encouraged me to “throw my hat into the ring.”

Did it live up to your expectations? What surprised you the most when you got to Harvard?

Again, I was somewhat clueless when it came time to apply to and go to college. I didn’t really have many expectations, so Harvard definitely lived up to them. Overall, I was completely shocked by the massive difference in expectations around the quality of work that was required, and it took me some time to get my feet under me academically.

This is always a hard question because there’s no way to compare my experience at Harvard to an experience somewhere else. But, overall, I absolutely loved it. There were difficult parts of it: the fact that so many people seemed to have much more academic experience than I did when I started, the strong mainstream current to go into just a few industries and not search deeply for your passion, and the feeling that it was often like a “pressure cooker.” But, despite those, I really felt like it pushed me in incredible ways, exposed me to so many new ideas and people, and facilitated some incredible life-long friendships.

On campus. Most students end up living on campus in the extensive housing that’s provided. I really enjoyed this aspect of Harvard. There are a number of houses (I was in Dunster) where students live, dine, and interact. It’s a great community feel and gives you the opportunity to continually meet new people.

What were your actual classes like? How big were they on average?

My classes ranged in size. My core requirement classes were often big—50–200 people. But most of the classes in my major (comparative study of religion) were very small. Some had as few as two people, so I was pushed really hard in those classes to learn to think, speak, and write. I didn’t choose the study of religion for the small classes, but it was most definitely a huge bonus.

Yes. I think this may be different in different fields, but in the study of religion the professors seemed to really love it.

Does Harvard have a study abroad program?

Yes. It was just getting started when I was there. I studied abroad for a full year in Varanasi, India, and I think I was part of the first group that was able to easily study abroad. Prior to that, I heard that it was nearly impossible to go abroad and get credit, but it was very easy for me. This was an invaluable experience, though I did miss out on the rigor of study during my junior year, as the curriculum in India was not nearly as academically challenging. On the whole, though, I was challenged in many other valuable ways and would do the same thing if I had to do it over again.

What were students at Harvard doing on weekends?

One drawback of Harvard was that many students didn’t have a particularly balanced approach to life. If you put a bunch of overachievers together, they’re going to egg each other on. So, there was a LOT of studying, or pretending/trying to study, that happened on weekends. There is definitely a party scene at Harvard, but I got a bit tired of that early on. I heard of a few mythical students who balanced their work well and relaxed on weekends, but, for the most part, people spent time studying or avoiding studying.

The food got progressively better during my time there, and I’ve heard it’s really great now. Though I am a vegetarian, I never had a problem finding food that I liked.

Most people get involved there, as almost everyone has been conditioned by years of intense extracurricular involvement. During my first two years, before going to India to study abroad, I took part in a lot of different organizations. Specifically, I was part of a mentoring group for students with special needs, a few music organizations, a cultural show, and the South Asian Association. However, after I got back from India, I started with a clean slate and only really did the music organizations and the mentoring. In hindsight, I wish I had not bitten off so many activities early on, as I think that being so busy took away from my college experience. On the whole, the extracurricular activities at Harvard were really remarkable.

There wasn’t much of one, at least not that I was a part of. I would see athletes and hear about games, but never really attended anything other than the Harvard-Yale football games.

Does Harvard have any fun student traditions?

Primal Scream! Google that one.

I wasn’t. There were Final Clubs at Harvard and there was a tremendous allure to them. They seemed to have a monopoly on the party scene and provided a really great camaraderie for their members. I was “punched” (chosen to attend the competitive rush events) for one of them and attended one event, but I was just confused at the event. I didn’t really understand what the point of it all was. I think it just wasn’t my scene, so I happily declined. However, I do think that without that kind of group membership, it made it more difficult to have a sustained group of friends over time at the school.

Coming from Florida, winter was a shock. It took at least two years to figure out how to dress properly. That said, I was surprised at how well maintained the school was during winter. In fact, I was shocked during my first winter out of school that the sidewalks don’t miraculously get cleaned and salted during snowstorms.

Did you use the libraries at Harvard? What were they like? Where else did people study?

Yes, all the time. When I was there, Lamont and Widener were the two major library study spots. I really loved going to the library, as it had a nice balance of study and socializing, though that also meant you could spend a whole day there and not get anything done.

What was the advising system like at Harvard? Did you feel you had resources you could turn to for academic/career/emotional advice?

I have heard this has changed in the last eight years, but there really wasn’t much in the way of advising when I was there. While I did have advisors, I never really felt I had someone who was coaching me through the complex process of understanding who I was and what I wanted to do with my education. I was able to make my way, but I do think that a lot of my fellow students made career choices that they ended up regretting because they didn’t have the guidance and space to introspect carefully.

During the day it was great. The after-hours care that I experienced left a lot to be desired, though. The running joke was that if you went after hours, they would ask you—whether you were male or female—if you were pregnant, give you some ibuprofen, and send you home. During the day, though, the doctors were great.

How often did you leave campus and venture into the surrounding town?

Yes, I do think there’s a lot of diversity. However, towards the end of my time there, I began to become aware of the fact that a majority of the people seemed to come from privileged or wealthy backgrounds. While this may not be true at all, it definitely felt that way. So, while there was diversity and there were opportunities to meet people from different backgrounds, it never felt like the real world.

What were the best things about Harvard that others don’t know?

The people. I think that people talk about this, but it’s difficult to understand until you spend some time there. It was an amazing experience to be surrounded by so many incredible people.

What were the worst things about Harvard that other don’t know?

I think that the mainstream culture around getting the high-pay, high-status jobs after college is probably the biggest downside to going to Harvard. In my senior year, I remember looking around, reflecting on the fact that so many people were climbing on the consulting/banking bandwagon without much thought about the whole thing. Having spoken to many of those classmates, it seemed like many people were pursuing those jobs because it was the thing to do, or because they afforded high pay and status right out of college, or because they just hadn’t taken the time to think about other options. I felt a lack of introspection and a lack of willingness to try something different, to want to find your own path, or to want to find something where you would work your way up. It seemed to me like many people gave up incredible opportunities to contribute in unique ways to the world in order to “achieve more.” I have nothing against consulting or banking jobs, I just feel (and have seen it borne out) that only a small percentage of people who actually ended up in those positions really belonged there based on their interests, proclivities, and career goals, whereas the rest were simply following the herd. 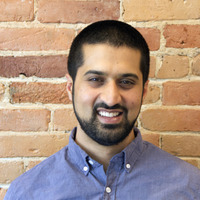 Subject Tutoring“We have been VERY happy with the progress our daughter has been making with Michael. We are very pleased with the amount of effort put in by both parties and feel that it is paying off!”