How to Use a Semi-Colon

First, and most commonly, a semi-colon connects two independent clauses.

Second, a semi-colon may be used within a list to separate items that already use commas.

For example, “While visiting colleges, my parents and I visited Cambridge, Massachusetts; Princeton, New Jersey; and Philadelphia, Pennsylvania.” Often, when used in this way, the semi-colon is informally called a “super-comma.”

For more information on correct grammar, be sure to visit Purdue University’s Online Writing Lab (OWL).

Next article How to Get the Most out of Tutoring by Jay B. Previous article Study Tips for Algebra by Matthew G.

How to Use a Semi-Colon 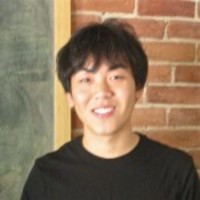 Matthew G.
Harvard College
At Harvard, Matt served as president of the Harvard Lampoon and concentrated in literature and creative writing, while also taking classes in anthropology, math, and music.

Learn how your student can become an active learner, and the right way to ask a teacher for help in school. Read more

Subject Tutoring How to Ace AP Classes—and the Exams, Too!

Discovery why AP classes matter, how to choose the right AP classes, and how to do well on AP exams. Read more

Subject Tutoring Overcome Freshman Fatigue with the Help of a Tutor

Learn how a tutor can help your 9th grader stop slogging through their subjects. Read more

“I have always struggled with test taking skills, and Stephanie was a great at helping me with this. She had lots of good advice and I am very glad that I had her as a tutor. ”