How to Challenge Your Student

Nobody learns anything new by doing what they already know how to do.

I can make perfect toast. I love toast, so this is useful for me. But, I'm not going to get any better at making omelets if I only ever make toast. When I do try to enhance breakfast, I'll probably burn some eggs and stink up the kitchen a few times. I'll likely need the steel wool to resurrect charred pans. I'll definitely have to pick up another carton of eggs. I might even burn my toast and let my coffee get lukewarm while paying too much attention to the omelet. But, my only path to a multi-dimensional breakfast is through pushing past these failures until I can make more than just toast, or promote bread from its default form as baked dough to a crispy delicious substrate for spreads sweet and savory alike.

We meet students with unique combinations of talents, interests, and difficulties. Whatever their tutoring needs are, we want to build their arsenal of learning techniques. Along the way, we see a recurring theme: students of all ages are motivated to work on the subjects they already like. But, how do we harness this initiative to attack a student’s weak spots?

As a tutor, teacher, or parent, we take on an advisory role and hope that our charges will incorporate our tools and methods into their skill sets.

We need to be cognizant of the activation energy—that inertia keeping the student comfortable where he or she is but hesitant to seek growth. Since New Year’s-style resolutions are unlikely to survive the initial burst of novelty to become a permanent behavior pattern, we should instead seek only incremental shifts in habit that move an individual from consuming to creative, from passive to active, or from solo to social.

For example, if you are the parent of a picky eater, engage that kid in learning to cook. (This starts with toast, of course.)

That teenage son who burns countless hours playing fantasy sports? Encouraging him to try out for the varsity team may be too huge a leap. But, maybe joining the school paper as a sports writer is going to engage that analytical mind in a sure-to-be-enjoyable context.

If we’re talking video games, this student should learn to program, build a computer, design graphics or animations, or get into the math behind game theory—all ways to enjoy the same thing but from a more creative side. As the parent of a teen, imagine changing your tune from “you spend too much time on video games” to “you should learn how to make video games.”

Is your child a social media fiend, wasting time and bandwidth sharing cell phone pics on Instagram?  Why not learn how to shoot with an all-manual SLR?

Is she decorating the bedroom walls with Timberlake and Bieber magazine cutouts? How about a sketchpad, some pencils, and encouragement to draw her crushes instead?

Does she consume brainpower by memorizing the lyrics to every pop song? Get that neglected acoustic guitar out of the basement and encourage her to start a band with friends.

The common theme: take a context that already elicits passion and morph it into a creative, active, or social engagement.

Every step of the way, promoting a passive interest to an active hobby benefits from company. I may motor through entire units of some language on Rosetta Stone on my own, but will I really have learned anything before risking failure by trying out my vocab with native speakers? If I had instead committed to learning something with even one friend, not only would we act as mutual protection against losing interest, but we could also team up and be embarrassed together when testing it out at a local ethnic restaurant.

Was cooking the new love? Your student could go it alone and then invite someone to try his or her wares (once you’ve put Poison Control on speed-dial). But, a better plan could be to get one friend, parent, or sibling to embark on the learning adventure with the student from the outset.

Wherever your student’s interests lie, the tiniest bumps from a casual involvement to a committed one can yield a lot of growth—encourage and embrace the frustration that comes with improvement, and be sure to Pinterest your first perfect soufflé with a tilt-shifted masterpiece shot on a vintage Minolta and developed in your basement darkroom.

Next article Study Tips for Algebra by Matthew G. Previous article How to Use Online Educational Tools by Charles M.

How to Challenge Your Student 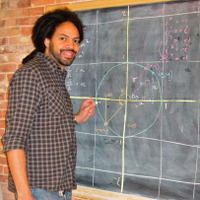 Charles M.
Massachusetts Institute of Technology
Charles went to MIT at age 16, majored in chemical engineering and was one of the first students ever to complete the biomedical engineering minor--all while playing varsity volleyball and contributing to various research projects, including a stint at Suntory in Osaka, Japan.

High Schoolers School Reports: What They Are and Why They Matter

Being prepared to thrive in college is about more than just academics. That’s why we’ve created a list of the most important life skills you should have before entering college.  Read more

The Signet Way How Holistic Learning Makes You Happier

It’s easy for parents and students alike to focus on academic results (grades, test scores, etc.) as evidence of successful learning. But we’d like to present a different way of thinking.  Read more

“Signet Education is extremely helpful in all fields of the application process. All people with whom I work are incredibly knowledgable and wonderfully accommodating. These people make the otherwise stressful process into something more enjoyable and ultimately rewarding. Thank you so much. ”