Usually when film buffs compile “Top #” lists, they verge on the dreadfully boring — not because they’re poor choices, but rather because they’re so predictable. So instead of giving you a predictable set of films merely about teenagers, like The Breakfast Club (Hughes, 1985) and American Pie (Weitz, 1999), I’ll give you a short list of films about adolescence and self-discovery. The following films, in addition to being critically acclaimed, say something interesting about the experience of being the age you are now, and may help you think about your own life and the lives of those around you in new and deeper ways. So, in no particular order, here are six films that every high schooler would benefit from seeing before graduating:

Next article You Know You're a High School Junior if: by Noelani K. Previous article What I Would Tell My 18-Year Old Self by Jay B. 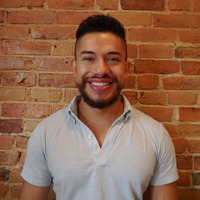 Richard T.
Carnegie Mellon University
Richard holds a PhD from Carnegie Mellon University in Behavioral Decision Research and a BS in Psychology from Harvard University. He currently works at Google as a Quantitative UX Researcher on their Maps team. A leading tutor at Signet, Richard has more than a decade of experience, guiding students of all ages and learning... read more...

We asked our team members for their thoughts on what they wish they’d known when they were starting college. Read more

Students You Know You're a High School Junior if:

Just for Fun How to Relax over Winter Break

“As a parent, I appreciated Ben's weekly feedback - I felt he took the time to assess the situation. I also appreciated that Ben was trying very hard to teach my son to think for himself, and to learn how to derive certain formulas from scratch rather than straight out memorizing them.”