Extracurriculars, Leadership and the Junior Year

Junior year of high school is the most important year in the college admissions process. Besides the academic profile, the other aspect that has the most potential to affect an applicant's’ chances for an offer of admission is their life outside of the classroom. Extracurricular activities demonstrate what is important to a student in the limited free time available outside of a traditional school day. In the early years of high school, involvement in extracurricular activities leans more towards the passive side in that students tend to be involved, but are not yet leaders of the organization. These years are the building blocks for leadership opportunities that begin to arise in junior and senior year. Colleges do not expect to see students in leadership roles in these early stages, but that expectation changes in the junior year.

Leadership is a term that is mentioned quite often in the college admissions world. It comes in many different forms, from the more traditional “president of the class” to “captain of the swimming team." Leadership roles are an important part of the college application review process because it is a chance to take on an increased level of responsibility and demonstrate that a student is the kind of person that peers and/or coaches believe can have a positive impact on the organization, the school and often the greater community. This is a powerful message that is important for college admissions representatives as each student is vying for admittance and colleges want to see the kind of contribution one might be able to add to their community. However, there are also less traditional ways in which students can serve as a leader. One example that comes to mind is a student of mine who was very involved with the creation of films and editing. She was often seen on campus filming projects for class, for fun, and even on behalf of the school. She didn’t have a traditional title encompassing these responsibilities but the impact she had on her school, her peers and the younger students was powerful. Another student of mine considered herself more of an artist than an athlete. However, the soccer team was short one player and so she joined the team without knowing anything about soccer and not having the training that many of her teammates had from years of soccer. She showed up for practice every day eager to learn and excited to be a part of this group. Her teammates had great respect for her contributions and certainly considered her to be a leader because she stepped up to help out when it was needed, even though she wasn’t one of the stronger players on the team. My advice would be to think about what excites you and try to gravitate to the people around you that seem to have a positive impact on an organization or school. See what you can learn and try to put your own positive spin on it when your turn arrives.

Need help developing leadership in extracurriculars? The Signet Admission's team can coach you through it!

Extracurriculars, Leadership and the Junior Year 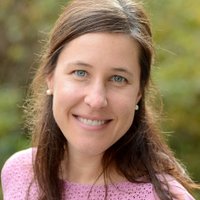 Molly E.
Gettysburg College
Molly has worked in undergraduate admissions at the University of Pennsylvania, Case Western Reserve University, and Oberlin College and has read and reviewed approximately 6,700 applications from across the United States.

Students Is Your Student in for an October Surprise?

Midterms are on the horizon, but there’s still time to make sure your student’s semester stays on course.  Read more

The Signet Way How Do You Know if You Need a Tutor?

Learn whether support from a tutor can improve your high school performance and experience. Read more

Students Is it Time to Reconsider Social Media?

Is it possible to live without social media? Read more

Test preparation“Jenny and Signet helped our daughter improve her ACT and SAT scores to realize her wishes to be seriously considered by top caliber schools. We have three other children and we will not hesitate to contact Signet should the need arise for tutoring for them. Thank you.”