For the final post in our College Types Interview Series, we’re taking a look at the experience of attending an Ivy League School.

The “Ivies” are the most prestigious group of colleges and universities in the country. They are also among the most selective schools out there when it comes to admissions, which means even top grades and high test scores are no guarantee of acceptance. Ironically, “Ivy League” is not a real differentiator of a specific type of college; these schools are private liberal arts colleges within research universities (the designation actually comes from the athletic conference these schools belong to!).

One of the major advantages of attending an Ivy League school is that students typically receive a rigorous education with top-notch professors. After graduation, students often benefit from strong name recognition of their school as well as a thriving alumni network that can open up connections and opportunities.

On the other hand, sometimes Ivy League schools have deeply entrenched customs or cultures that may not be not the right environment for every student. Many students end up applying to these colleges based solely on their stellar reputations and not because the school would actually be the best fit for them. Admissions officers are keenly aware of this and turn down many applicants each year who don’t have a compelling reason for wanting to attend their particular institution. Students should seek out schools that will provide an excellent education, but they should also ensure they end up somewhere they’ll be happy to spend the next four years.

Thinking back to when you were applying to colleges....How did you hear about your school?

I heard about Princeton through a college fair at my high school.

Did you take a college visit to your school?

Yes. I absolutely fell in love with the Princeton campus. It is small enough to navigate easily on foot, but full of architecturally impressive buildings, many in the neo-Gothic style associated with schools like Oxford. It's still the most beautiful campus I've seen, very much what you picture when you imagine an Ivy League school. Everyone we interacted with was kind and helpful, as well. The visit really solidified my desire to attend.

What appealed to you about your school?

I liked that Princeton was relatively small and undergraduate-focused. It was also known for having a strong creative writing program, which is what I was interested in studying.

Once you were accepted, how did you decide to attend your school?

I knew Princeton was my top choice, so I applied there Early Decision.

Thinking back to your college experience...What did you like about your school academically?

Nearly every class was taught by a professor (rather than a graduate student), many of whom were some of the top scholars in their fields. Even as an underclassman, class sizes were small and intimate, which allowed for more engagement with both the professor and the subject.

What did you like about your school socially or from an extracurricular perspective?

I liked that it was not a large school but also wasn't tiny; it felt intimate without being claustrophobic. Princeton also offers lots of great extracurriculars in the performing arts. I could attend great performances (music, theater, dance), readings, and film screenings every day.

Was there anything you didn't like or would have done differently?

I hadn't ever been exposed to East Coast “prep school” culture, and it was a bit of a culture shock! I liked some elements of the eating clubs (co-ed clubs where most upperclassmen eat and socialize, each with its own identity), but others struck me as elitist or overly fraternity-like (as someone who was not interested in Greek life).

How well did your school prepare you for what you went on to do after graduation?

Is there anything else you want to add?

Princeton was an amazing experience; I met people who are still close friends, as well as getting to see early work from people whose names I now see in the NY Times Arts section. And I got to study with Joyce Carol Oates! But anyone applying should also be aware of the immense "privilege bubble" that many Princeton students inhabit, despite the school's admirable attempts to become more equitable (they are committed to meeting 100% of demonstrated student need).

Want to learn more about the college process? Check out Signet's Guide to College Admissions.

Next article College Types Interview Series: Technical Institution by Vazrik C. Previous article What is College for, Anyway? by Jay B. 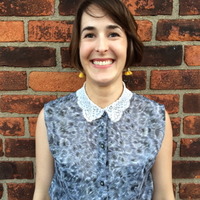 ​A turkey hangover is nothing compared to the headache of finishing last-minute college applications. Read more

College Are You College Ready?

The most important skills that students need to develop before the college transition. Read more

Tips on how to use the Common, Coalition, and UC applications to streamline your college application process. Read more

Admissions Consulting“I am writing to let you know that A. got accepted to Harvard, and to thank you and your team for all the help he has received. Working with Richard and Sheila was extremely helpful and I don't think he would have achieved the same result without them.”