A high school sophomore Yuka had recently returned to the United States after a series of international moves, and she was struggling with her English course. After a meeting with Yuka, her tutor realized that Yuka’s struggles in English had a great deal to do with underlying personal struggles. Through her many international relocations, Yuka had begun to feel as though no aspects of her own life were within her own control. Furthermore, she struggled with cultural differences and feelings of isolation, which became especially acute for her in English class. Yuka found that the literary materials and classroom structure differed dramatically from her experiences in other nations.

Yuka needed big-picture academic skills for humanities courses, including organization, reading strategies, and writing strategies, as well as attention, care, and guidance from a mentor whom Yuka could trust to stick with her. Yuka's biggest hurdle was that she did not trust her own knowledge and her own opinions; her English classes centered around argument-based papers and projects, and because Yuka doubted herself so strongly, she struggled to complete those assignments.

Yuka’s tutor implemented a holistic approach. In addition to covering the basic skills Yuka lacked, her tutor adopted a week-by-week approach to upcoming assignments for her English class and drew upon her own her own enthusiasm for literature to help Yuka access and understand the material. More broadly, Yuka’s tutor made sure to devote attention to Yuka's personal challenges in the hopes of helping her to discover that, despite the feelings of powerlessness she had derived from her prior life circumstances, her dreams and her goals had merit and deserved consideration. In both developing academic skills and sorting through personal experiences, Yuka’s tutor continued to emphasize that Yuka had the right to share her thoughts and insights.

Over time, Yuka became more comfortable with trusting her own intelligence. When that self-trust was coupled with the study, reading, brainstorming, and writing skills that she had worked on with her tutor, Yuka's academic performance began to soar. All literary texts had once seemed intimidating to Yuka, but as Yuka's confidence grew, she found herself better equipped to understand a broad range of texts from Sherman Alexie's The Absolutely True Diary of a Part-Time Indian to William Shakespeare's A Midsummer Night's Dream. Yuka began to brainstorm pages and pages of notes for projects and papers, which had once seemed impossible to even begin. She stayed up to date with her assignments, learned how to develop and support her own thesis statements, and even completed artistic projects for extra credit, including a massive, three-dimensional diorama of a scene from a favorite novel.

Furthermore, as Yuka realized that she could take charge of her own life, she also developed her own self-motivated academic agency. By her senior year, Yuka was meeting with her tutor less frequently, her grades increased to A's and B's, she made the Honor Roll, and, most importantly, she realized that she deserved to respect herself and her contributions.

Next article How to Tutor Yourself by Jay B. Previous article What to Do after a Tutoring Session by Sheila A. 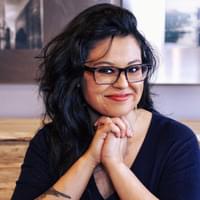 Sumita C.
Sumita earned her PhD in English with a certificate in Women’s, Gender, and Sexuality Studies from Emory University in May 2018, and remained at Emory for the 2018-2019 academic year as Visiting Assistant Professor of Women’s, Gender, and Sexuality Studies and Lecturer in English and Creative Writing. Beginning in Fall 2019, she will... read more...

Subject Tutoring Overcome Freshman Fatigue with the Help of a Tutor

Learn how a tutor can help your 9th grader stop slogging through their subjects. Read more

The Signet Way The Signet Method for Studying for Finals

The Signet Method for Studying for Finals Read more

“Things with Josh have been great - he is amazing. Katie finished the year with an 89! ”